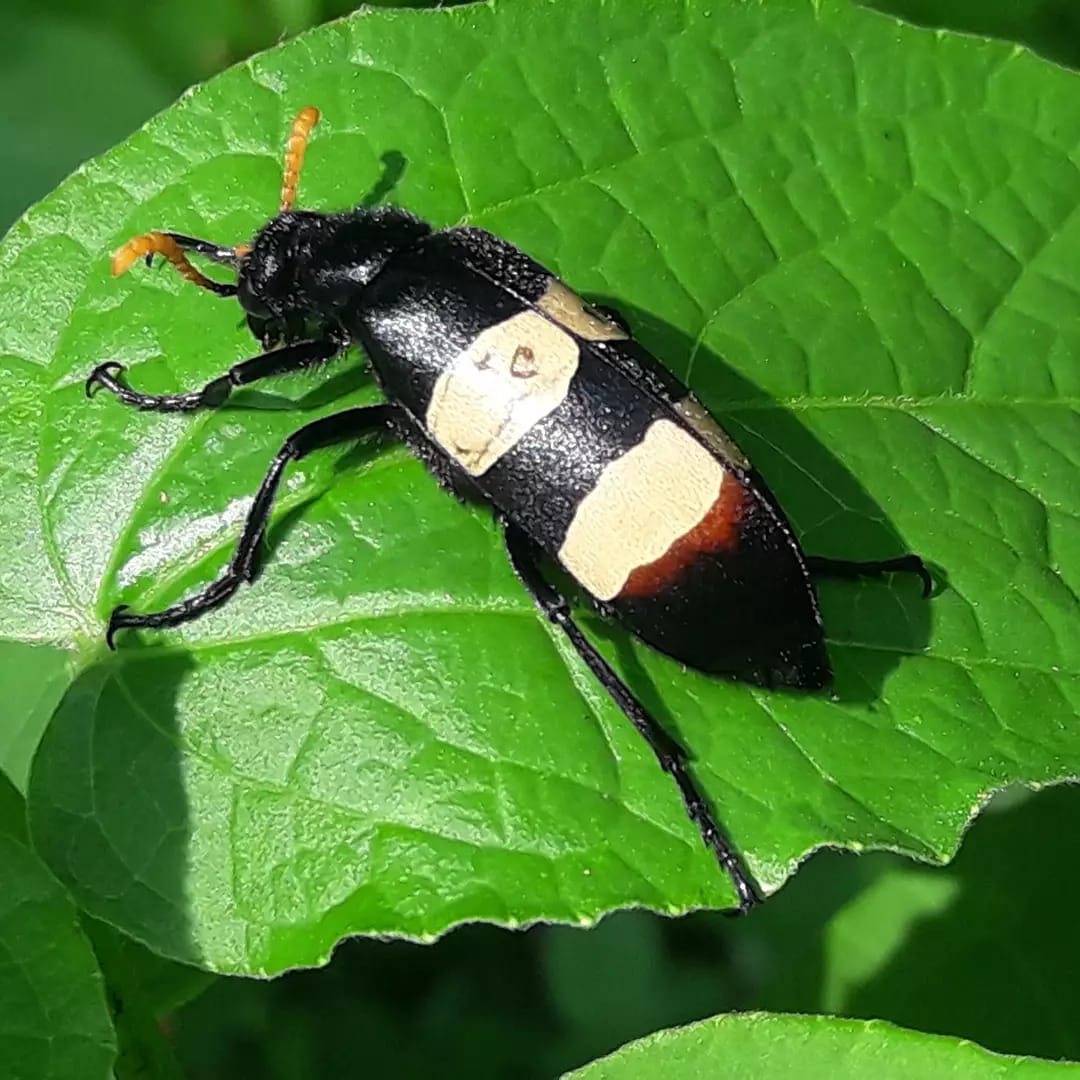 Named after the Cape Mounted Rifles, the CMR Blister Beetle sports the regimental colours of the historical equestrians, and so became the insignia of the Riflemen.
These beetles have an elaborate set of larval stages (instars). Each stage takes on the form of an unrelated beetle family, a phenomenon know as hypermetamorphosis. The larvae (in one of their stages) eat grasshopper eggs.
☠ The beetle excretes a toxin called cantharidin from its knee joints in defence. This can cause blisters if handled, and be fatal if ingested! 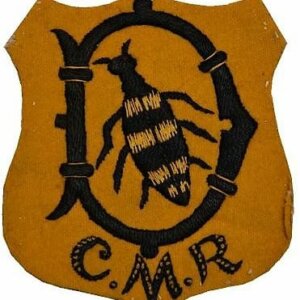