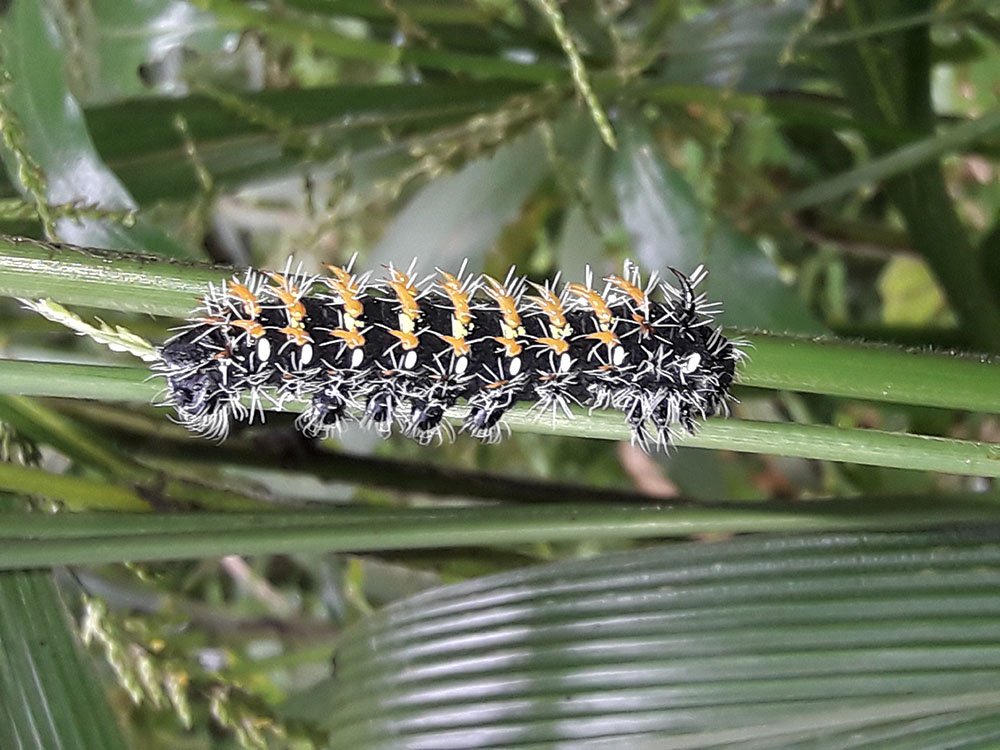 A remarkable, enormous caterpillar with bristles that look like mini fireworks erupting from its inky back. It turns into an astonishing moth. It’s named after Johan August Wahlberg, a Swedish naturalist who collected in southern Africa from 1838 to 1856 (when his adventures were ended by a wounded elephant in the Okavango).