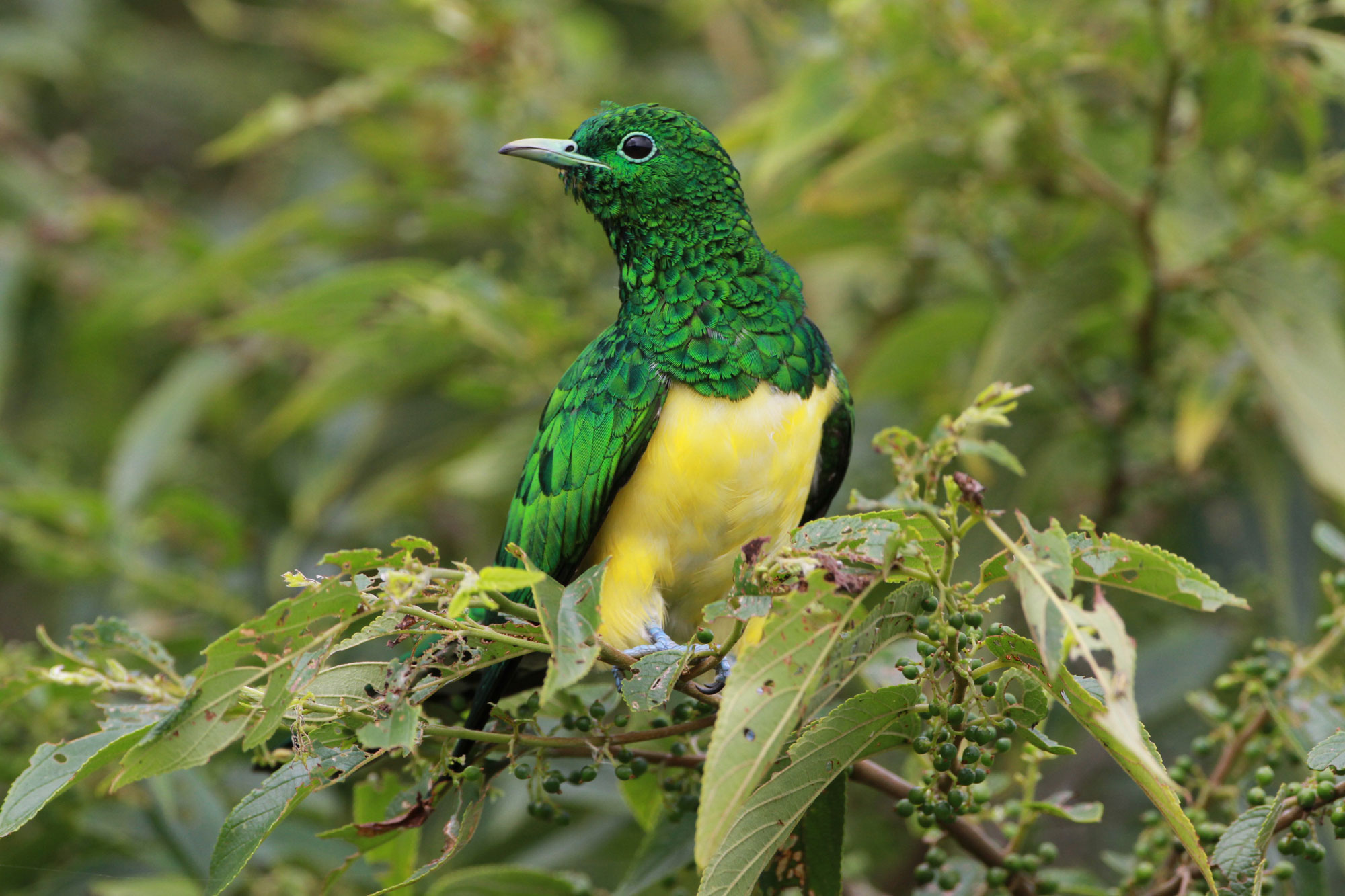 The plaintive notes of this jewel of a bird’s ‘pretty-Geor-gie’ calls reverberate through the forest. Yet they’re not called the ghost of the forest for nothing: seeing one can be a challenge, not least because they twirl as they call, making their location hard to pinpoint. In the 1989 Complete Book of Southern African Birds, the Emerald Cuckoo was one of just a handful of species for which a photograph was not sourced; a tantalising illustration had to suffice.

Tiny Green-backed Camaroptera are known to have been fooled into feeding far larger cuckoo babies.