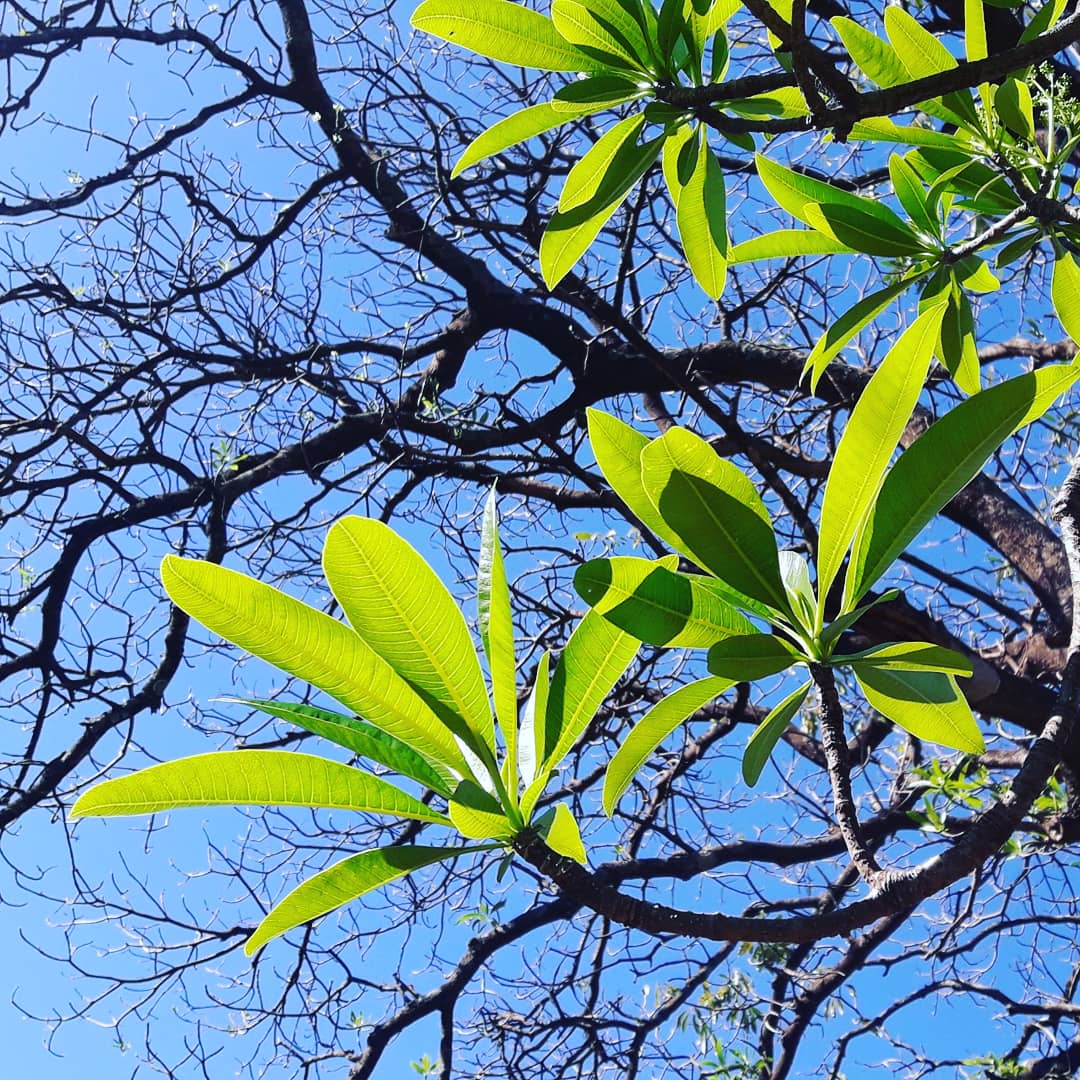 Anyone who’s seen the somewhat battered quinines outside parliament in Cape Town (often used by protestors for a vantage point) will be amazed to see them towering 30m high in the forest. The flowers are followed by a profusion of green speckled fruits that turn black and wrinkled when ripe and attract fruit bats. We’ve noticed grey cuckooshrikes visiting this tree: it’s pollinated by insect-eating birds, which are drawn to the insects that come for the flowers. Quinines are never found far from water.