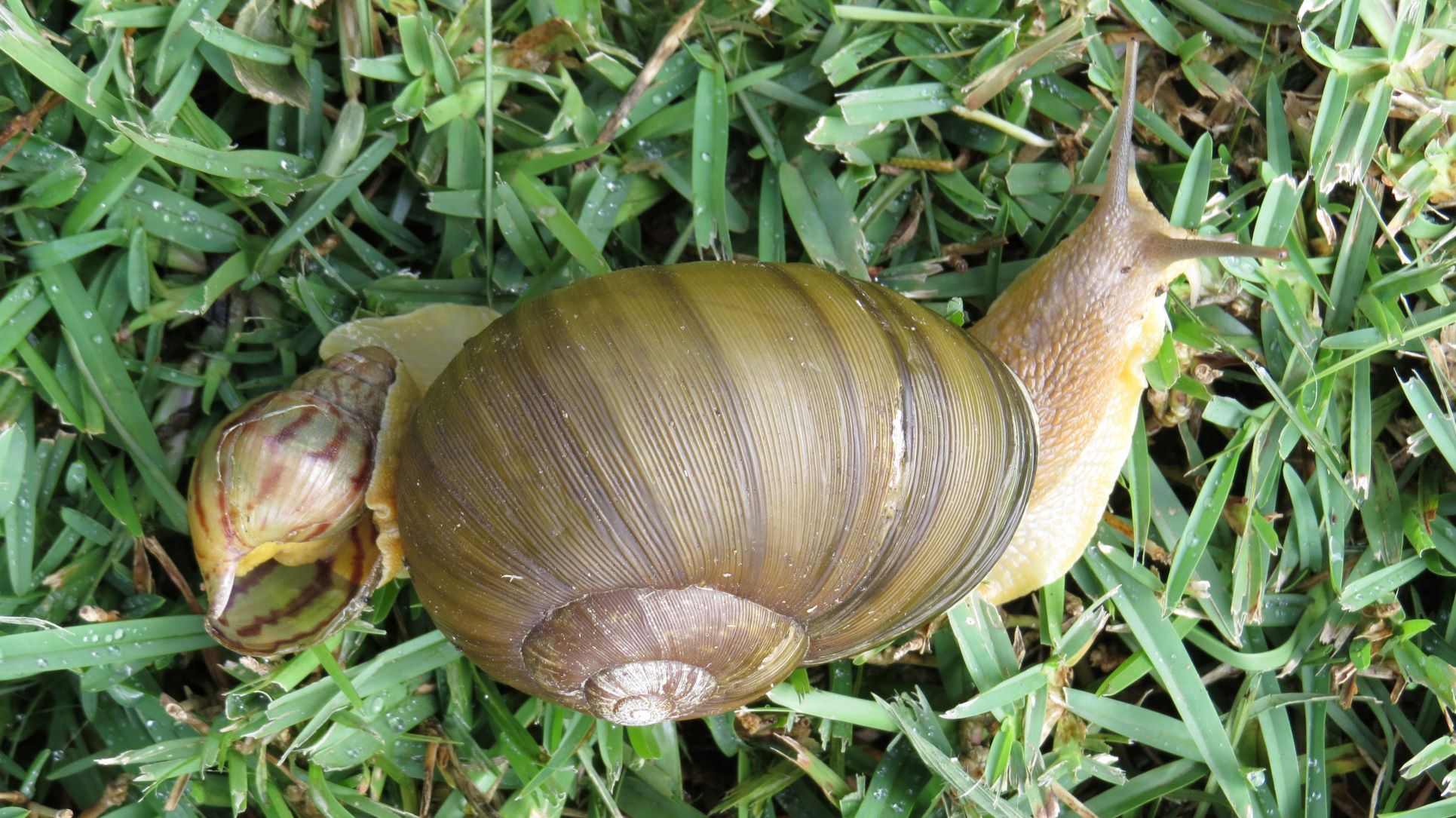 While we’re not sure that the snail in the image above is Quekett’s Cannibal Snail (we’ll try and find out!), it is also a carnivore. Quekett’s , thought to occur only in mistbelt forest, is known only from Ferncliffe Nature Reserve – a very specialized example of endemism. Like the snail above, its shell has a low spire and rounded whorls and is olive-brown to olive-green. But the body of this specimen seems lighter in colour than Quekett’s, and its diameter was larger than the 30mm the latter sports.

Cannibal snails do consume other snails, which may be why only one species is usually found at any one locality. A fascinating study by D. G. Herbert and A. Moussalli notes unverified stories of how cannibal snails fed on the bodies of the fallen following Zulu conflicts. Even if such stories are legend not fact, the researchers do believe the snails would be partial to carrion.

Our snail is exhibiting an ancient behaviour: Its tail is inserted into the shell of the victim, which it was transporting across the lawn, to ‘maximise the nutritional benefit available in their snail prey’. Somehow, the snail dissolves the calcium carbonate found in the victim’s shell and absorbs it to ‘supplement its own calcium resources’.